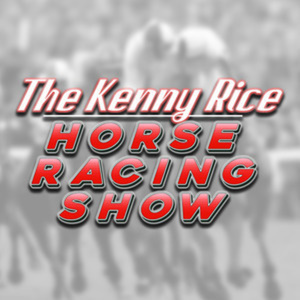 On episode 38, a music legend and owner of a Kentucky Derby-winning horse and Breeders' Cup champion, Jerry Moss talks to Kenny Rice on The Horse Racing Show about the Rock 'n Roll Hall of Fame, the groundbreaking A&M records, and the thrill Giacomo and Zenyatta brought to racing fans. Kenny’s friend and former “Today at the Races” co-host Jeannine Edwards discusses that show and her 22 year ESPN career of horse racing, college football and basketball coverage.

The only person to ever—and we predict the only who will—win the Kentucky Derby with Giacomo, the Breeders' Cup Classic with Zenyatta, and be inducted into the Rock ‘n Roll Hall of Fame, Jerry Moss talks in depth about his career in music and racing, the early days of independent A&M Records with Herb Alpert, working with legends like Peter Frampton, The Carpenters, Cat Stevens, The Police, the Flying Burrito Brothers, Billy Preston, and Carole King, his long friendship with Sting naming horses after his family and albums, giving out $100 win tickets that paid $5,000 when Giacomo won the Derby, the joy Zenyatta brought to race fans, and the only filly to win the Breeders' Cup Classic.