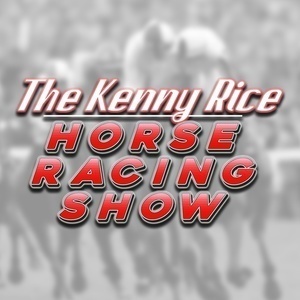 Two great friends and broadcasting legends visit Kenny Rice on episode 39 of the Horse Racing Show! Eddie Olczyk and Charlie Cantey reminisce about the business and the sport of horse racing. With this pair's extraordinary insight, this episode is a must listen.

Hockey star, handicapper, and now-author Eddie Olczyk talks about his new book "Beating The Odds In Hockey and In Life", which reflecting on winning his battle with colon cancer, his NHL career, and some of his big hits at the racetrack. He's excited about the upcoming Breeders' Cup, especially the wide open Classic.

The First Lady of TV Racing Charlsie Cantey reflects on an award-winning career that spanned CBS Sports, ABC, ESPN and NBC Sports including 20 Triple Crowns, some of her favorite horses like Forego and Ruffian, feeding her horses beer, covering the Westminster Dog Show, working with broadcasting icons, and the next wave of female broadcasters like Donna Brothers, Britney Eurton, Caton Bredar, and Jeannine Edwards.